A Study of Self-Esteem

A few weeks ago I started a project delving into the issue of self-esteem.

Young girls face a time of rapid change, growth and challenges and there are a host of dangerous consequences that poor self-worth can initiate (such as depression, eating disorders, self-harm, anxiety, suicide etc.)

Having started up Belle I wanted definitive statistics proving the need for its existence, and that's what I achieved.

There was a lot more interest in the research than expected. There were men and females of all ages keen on giving their response towards the research which resulted in a total of 240 individual responses received.

The number of male responses, 19-24 year old and 25-30 year old female responses were not sufficient enough to draw conclusions upon, so I will primarily present the findings from females aged 13-18 and the results of females aged 31+.

In order to make the responses objective, I gave each response a value depending upon the statement itself.  I then added together the scores achieved corresponding to the answers given which correlates to individual's self-esteem; whether it is low or ‘high’. I grouped the numbers into four categories ranging from poor self-esteem to excellent self-esteem dependent on the collective score achieved. This is important because it enables distinguishing between the two extremes of self-esteem. I then reduced the category size again down to two categories being ‘low’ (achieving a score of 50% or less) and ‘other’. I decided to title the category ‘other’ because it’s not justified to title it ‘good’ when it refers to a range of scores from 13 to 24.


The first set of results are from the 62 female respondents aged 13-18, 88.89% of whom consider themselves middle class:

What's worrying is that 13% of the young girls I studied have critical self-esteem along with a phenomenal 31% being poor.
When reducing down the category size it's evident that almost half of young girls struggle with low self-esteem. This is scary.

The next set of results are from the 82 female respondents aged 31+, 84.14% of whom consider themselves middle class: 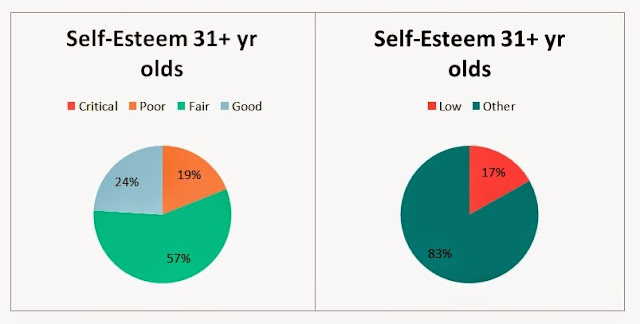 Here it is noticeable that none of the women I studied have critical self-esteem (an improvement), however, the majority of women have only fair self-esteem which is still concerning.
It is visible that almost 1/5 of women have low self-esteem, still a considerably worrying quantity when the assumption is made that the issues of self-esteem are less existent for this target audience.

This is why Belle exists

Get involved
Posted by Unknown at 13:10 No comments: 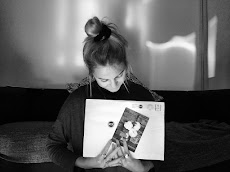 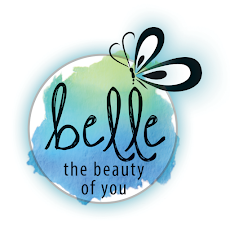